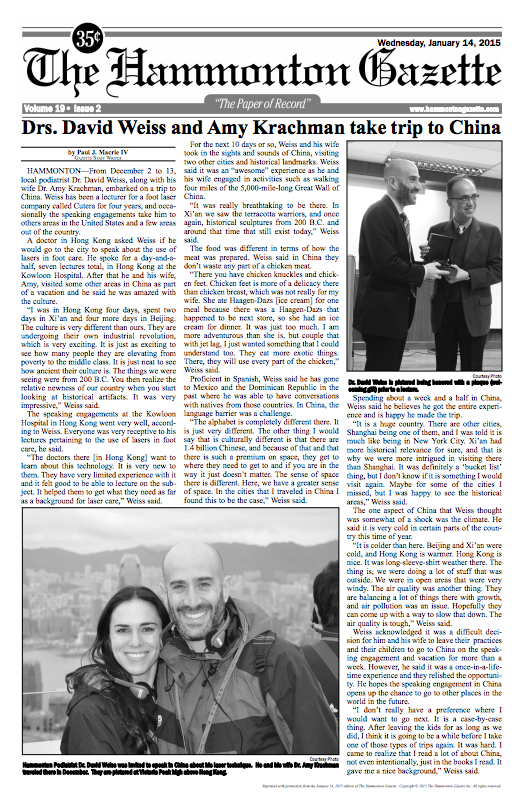 From December 2 to 11, local podiatrist Dr. David Weiss, along with his wife Dr. Amy Karchman, embarked on a trip to China. Weiss has been a lecturer for a foot laser company called Cutera for four years, and occasionally the speaking engagements take him to other areas in the United States and a few areas out of the country.